This final chapter enumerates the surgical techniques that we have developed to facilitate operative exposure, preservation of the facial nerve, preservation of the cochlear nerve, and avoidance of injury to adjacent neurologic structures, such as the brainstem and regional cranial nerves. We discuss the following operations: the suboccipital retrolabyrinthine craniotomy with vestibular nerve section, the middle fossa craniotomy, and the suboccipital translabyrinthine craniotomy.

The indications for this procedure are refractory Meniere’s disease or other pathology involving the vestibular nerves. It can be performed in association with an endolymphatic shunting procedure.

The procedure is performed with the patient in a supine position with the head turned away from the involved side. Head tongs are not necessary. If the neck is stiff and the degree of rotation is limited, the operating table itself can be rotated to compensate. The skin incision should be at least a fingerbreadth behind and parallel to the helix of the involved ear (Fig. 17.1). If the incision is too far forward in the auricular crease, the necessary bony dissection beneath the skin will be virtually impossible.

One of the key considerations in this operation, and in fact all operations through the temporal bone, is adequate exposure—the sine qua non of all temporal bone surgery. The skin is reflected and held in place with retractors exposing the underlying mastoid and subocciput. A complete mastoidectomy is then performed.

Bones should be completely removed over the sigmoid sinus so it can be easily decompressed. At least a centimeter of bone should be removed from the suboccipital area posterior to the sinus (Fig. 17.2). This is as critical (if not more so) than for the suboccipital translabyrinthine approach. If this is not done completely, a bothersome bony ridge will prevent adequate exposure in the cerebellopontine angle after the dura has been opened. Bone should be removed over the dura overlying the temporal lobe. It is far better and safer to make sure the bony exposure is adequate before opening the dura. To complete the bony dissection, bone should be removed medial to the posterior semicircular canal as far anteriorly as possible (Fig. 17.2). If the posterior semicircular canal is laterally placed, dissection can be performed almost to the internal auditory canal. One of the errors in the performance of this operation is inadequate bone removal. The importance of bone removal as described above cannot be overemphasized. If it is done properly, the procedure flows smoothly. If it is inadequate, it is impossible to clearly delineate cranial nerve VIII in the cerebellopontine angle. 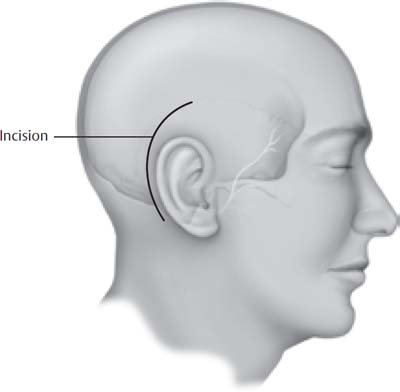 The dural opening is squarely shaped with one limb inferior to the superior petrosal sinus and the other limb anterior to the sigmoid sinus (Fig. 17.3). The underlying cerebellum relaxes after removal of spinal fluid from the cisterna lateralis. Gentle pressure on the cerebellum using only a suction tip, with or without a cottonoid strip, will usually suffice to open the cistern. Once the cerebellopontine angle has been exposed, it is important to recognize the position and the relationships of cranial nerves VII and VIII. Occasionally they will be obscured by a small lobe of cerebellum. The cerebellum can sometimes be herniated into the porus of the internal auditory canal. This lobe of cerebellum should be carefully dissected free from the internal auditory canal. Then the plane between the cerebellum and the nerves can be cleanly developed. 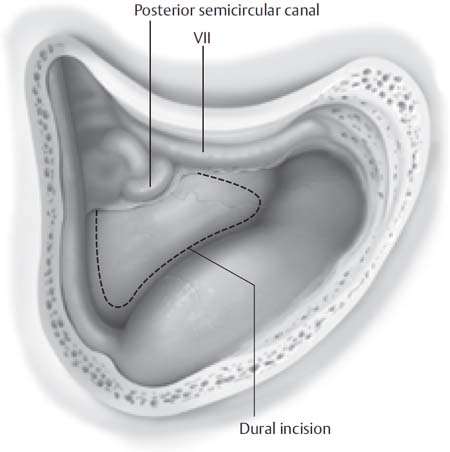 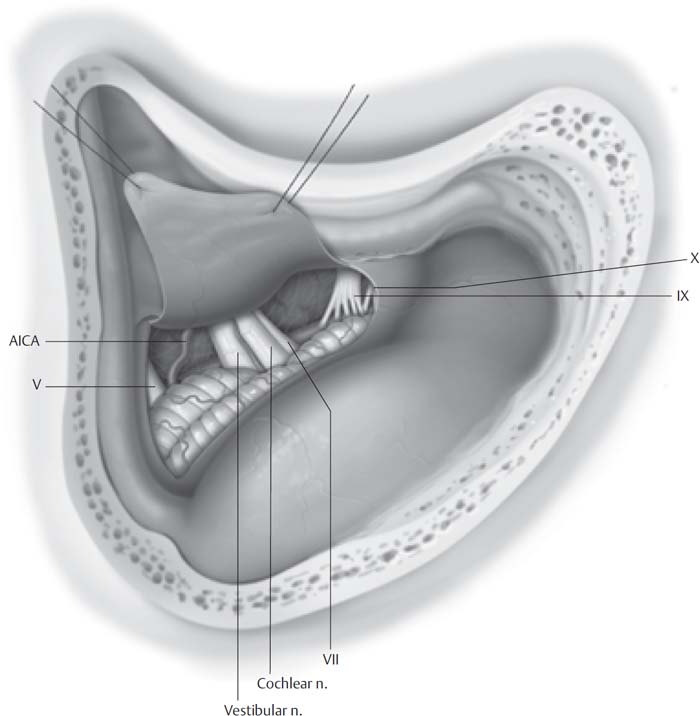 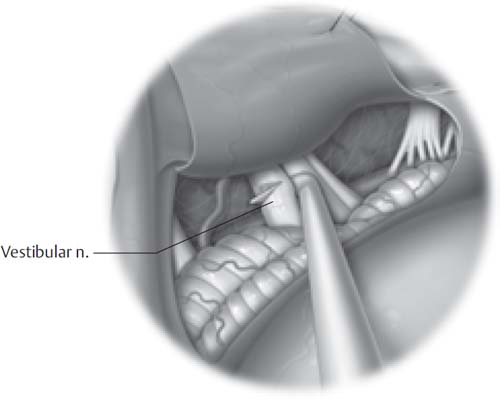 Fig. 17.4 Using a hook, the vestibular nerve is separated from the cochlear nerve and cut.

After completion of the section, the dura is sutured. The cavity is filled with abdominal fat and then covered with titanium mesh, which is fixed to the underlying bone with metallic screws.

The suboccipital translabyrinthine craniotomy is an extension of the suboccipital retrolabyrinthine craniotomy as described above. The additional dissection in this operation entails a complete labyrinthectomy, exposure of the internal auditory canal, and the labyrinthine portion of the facial nerve. This will assist in the retraction necessary for the further exposure needed in this procedure (Figs. 17.5, 17.6, 17.7, and 17.8). The dura is opened over the posterior fossa and the internal auditory canal (Fig. 17.9). The cut dural edges are tented up superiorly and inferiorly using 4-0 suture.

In the situation where there is a large underlying tumor, it is extremely important to decompress the cisterna lateralis of spinal fluid. This can be done either by retraction of the cerebellum using cottonoid strips and a suction device or removal of a portion of the interior of the tumor. These maneuvers usually open up the cisterna lateralis and release the spinal fluid. After this has been accomplished, the intracranial pressure will be relaxed and exposure in the cerebellopontine angle will be facilitated.